The ‘Wrong Kind of Fire' Is Burning Compared to Historical Patterns 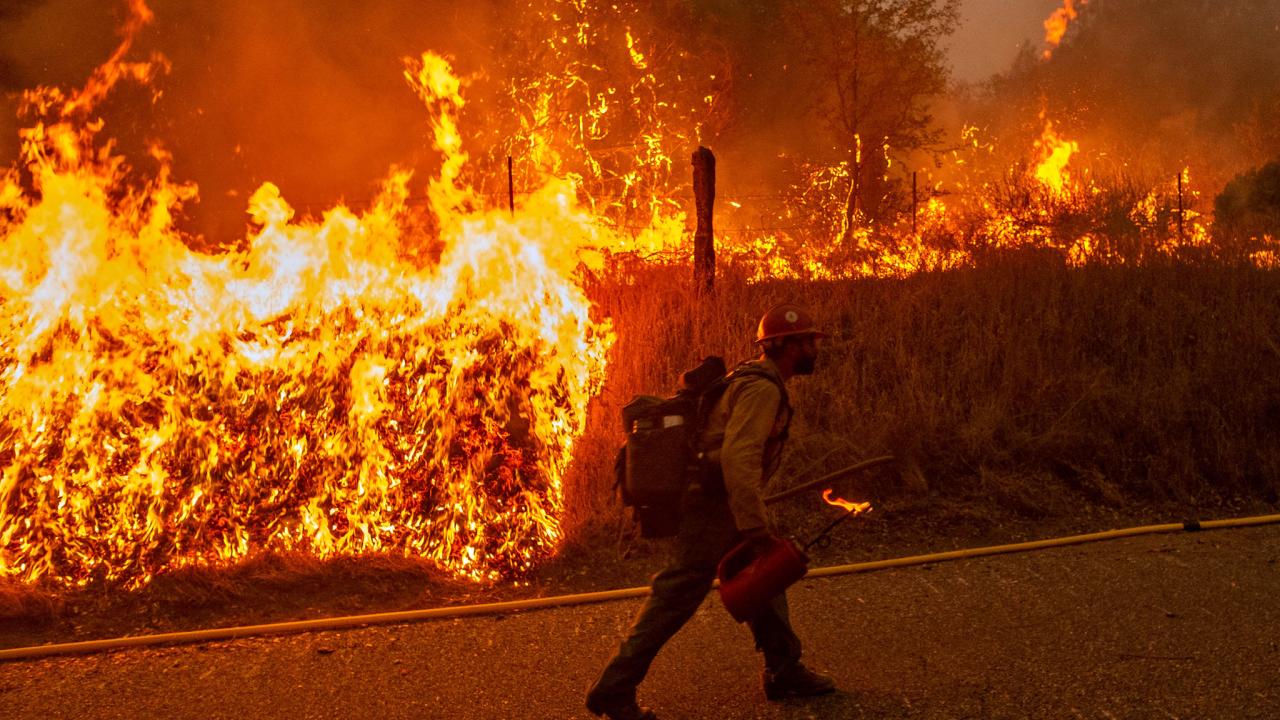 High-severity wildfire is increasing in Sierra Nevada and Southern Cascade forests and has been burning at unprecedented rates compared to the years before Euro-American settlement, according to a study from the Safford Lab at the University of California, Davis, and its collaborators. Those rates have especially shot up over the past decade.

They found that in low- and middle-elevation forest types, the average annual area that burned at low-to-moderate severity has decreased from more than 90% before 1850 to 60-70% today.

At the same time, the area burned annually at high severity has nearly quintupled, rising from less than 10% to 43% today. (High-severity burns are those where more than 95% of aboveground tree biomass is killed by fire.)

“We're seeing more ‘bad fire' and less ‘good fire,'” said Williams, who is the coordinator of the California Prescribed Fire Monitoring Program. “Any consolation we'd get from the idea that, ‘At least we're burning more than we used to,' isn't really a consolation because it's often coming in the form of the wrong kind of fire.”

Many fire ecologists talk about the need to burn more acreage by putting “good fire” on the ground, such as through prescribed burning, while preventing “bad fire.” In forests like oak woodland, yellow pine and mixed conifer, good fire refers to the low-to-moderate severity burning that the dominant species are adapted to. They are typically ignited by lightning or by people to enrich and restore the land. Many such fires were set by Native Americans before the mid-19th century through the practice of cultural burning.

“I'm not exaggerating when I say that the very existence of montane conifer forest in California is at risk, especially in the southern part of the state.”  — Hugh Safford, UC Davis forest ecologist

Before 1850, much more land burned each year in California compared to the present day. The study indicates that gap is beginning to close. Unfortunately, more of what is burning comprises damaging, high-severity fire.

“At current or even projected rates of forest management by federal and state agencies, the amount of forest treated or restored is going to be a drop in the bucket compared to the need, and compared to the huge unmanaged areas that are going to burn, often at high severity,” said senior author Hugh Safford, a UC Davis fire ecologist and chief scientist of environmental public benefits corporation Vibrant Planet. “I'm not exaggerating when I say that the very existence of montane conifer forest in California is at risk, especially in the southern part of the state.”

Nine of California's 10 biggest wildfires occurred within the past decade. The state's record-breaking 2020 fire year — when nearly 9,900 fires burned 4.3 million acres — was the only year in which the annual area burned exceeded historical levels, but much of that burned at high severity.

The authors say this trend is especially concerning because most of the low- to middle-elevation forest types affected are adapted to low-to-moderate severity burning. Excessively severe fires in these forests can harm landscapes and the habitat and ecosystem services they provide.

Other research carried out by the Safford Lab at UC Davis and its partners has shown that negative effects of severe burning in these forest types are serious and long-lasting to biodiversity, carbon storage, soil biogeochemistry, air quality and forest regeneration.

Getting the right mix

The study's results highlight the need to better balance fire exclusion with management practices that proactively reduce forest fuels and increase resilience to climate change and other ecological disturbances.

“We need to burn much more each year, but we want the right mix,” Williams said. “The current trend is going in the wrong direction if we want to restore forests and their natural ecological processes.”